In the private sector, he has served as the Compliance Officer for BANCO SANTANDER CENTRAL HISPANO and an associate at the New York law firm DAVIS POLK & WARDWELL.

In addition to being an international lawyer who holds a master’s degree in law (Columbia Law School, COLUMBIA UNIVERSITY, New York), he is passionate about companies, corporate governance and the world of business. He has participated in the Advanced Management Program at Harvard Business School (HARVARD UNIVERSITY, Boston), in which he was elected as Class Secretary, as well as in the Senior Business Management Programme as IESE Business School (UNIVERSIDAD DE NAVARRA, Madrid, Spain). 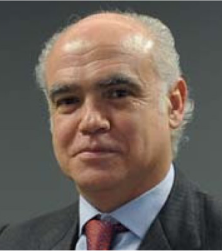